Newtown’s Lion Works was the focus of Brian Poole’s fascinating talk on the 15th November. Through four years of painstaking research, Brian has managed to piece together the history of this industrial complex, which still thrives today.

The 24 acre plot on which the Lion Works sits includes the Tesco site, and archaeological excavations at the time that the supermarket was built uncovered the remains of a 2000 year old Roman road from Wroxeter in Shropshire, along the Severn Valley westwards through mid Wales. More recent uses of the site in the early 1900s included farming, a cricket pitch and a football field. However, following the outbreak of the Second World War in 1939, this patch of land came to the attention of the Air Ministry. The urgent need for armaments to support the war prompted the British government to implement a strategy of hiding a network of factories in rural areas far away from the industrial conurbations which were so vulnerable to enemy air attack. These were called ‘shadow’ factories, and work on the site in Newtown began in July 1940. Reasons for choosing Newtown were the availability of young female labour, the adjacent railway sidings, and a passing trunk road – these last two being essential for the moving of the parts to the assembly plants elsewhere. In addition to the manufacturing areas, the factory site included a guarded security gate, and a fire watch tower which can still be seen adjacent to the main road. There were also offices, a machine repair shop, a canteen, stores and a doctor’s surgery. Other shadow factories were built at Llanfoist, near Abergavenny, Fforestfach near Swansea and Beaumaris on Anglesey.

The West Midlands firm of Accles and Pollock were brought in to run the factory. The company had long experience of producing cold drawn steel for manufacturing bicycles, and when their Oldbury premises were bombed, they were included in the government’s dispersal policy to continue their production in Newtown, and in their other factory in Kidderminster. Ahead of production starting in 1942 the local workforce was trained, using an efficient system of cascading skills, thus ensuring sufficient numbers were competent workers in a very short time. While the managers and foremen were men from the Oldbury factory, most of the rest of the 800 workforce were women from Newtown and the surrounding towns and villages. They were bussed in on vehicles allocated to Mid Wales Motorways for the purpose. As the war progressed, the ‘direct labour’ workforce doubled, with workers coming from as far away as the valleys of south Wales. Many of these workers were lodged in a former wool mill in the town. At one point in 1944, there were 3 shifts of 1000 staff each. Initially, only women under 30 were conscripted, but as demand grew for munitions, women up to 50 years old were called up. Some of the women became highly skilled, but they were only trained in one particular skill, such as welding. All the staff were instructed not to talk about their work.

The Newtown factory made parts for planes and guns, never the complete item. The first phase of production in 1942 was manufacturing the tubular steel framework for the Barracuda aircraft engine, and rifle barrels for the Sten submachine gun. By 1944, the works was producing engine frames for Spitfires, Hurricanes and the Bristol radial aircraft engine.

After the end of the war, the site was taken over by bicycle manufacturer J A Phillips and Company. The Phillips’ emblem was a lion, hence the name the ‘Lion Works’. Bicycle production, including the ‘Gadabout’ moped, continued until the late 1950s. In 1959 the British Cycle Corporation bought the site and their subsidiary Brampton Fittings continued to manufacture bicycle parts. Other occupiers of the Lion Works at that time included GKN, who produced pit props for the mining industry, and a subsidiary, Blades Research & Development, aero engine turbine blades and outboard motors (spare parts, repairs and maintenance). In the second half of the 1970s, prop shafts for the Triumph TR7 and the Ford Escort were also made on the site.

In 1982, the Lion Works was bought by Newtown coal merchant G. Owen and Sons, who were able to expand their operations on the larger premises, as well as accommodate a host of other businesses in variously sized units. So it continues today, a hub of industry and activity, nearly 80 years later. 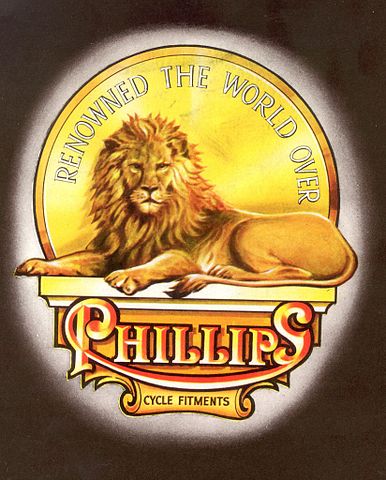